Gurukrupa Scale Provides the Hanging Weighing Scale manufacturer and supplier in Pune. Crane Scales, sometimes known as hanging scales, work a little differently than regular scales. Rather than placing a weight on a weighing pan or a platform, the crane scale's hook is used to suspend the load. The scale can be suspended from machines, hooks, and other devices. We are a reliable manufacturer and distributor with a range of finest quality hanging weighing scales. The Weighing Scale is used for measuring the various objects manually.

Hanging Weighin scales are lightweight weighing equipment that are commonly used for overhead weighing and loading. They are easy to use in field, laboratory, medical, industrial, and outdoor weighing applications because to their simple design and great precision. 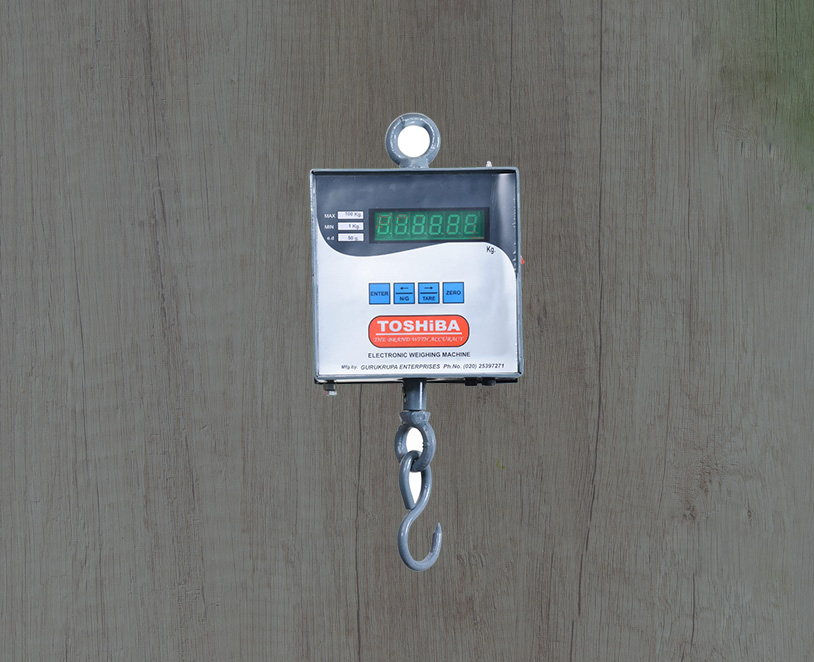